Inequality in Brazil: An Overview 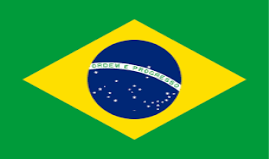 In this report my task is to determine the level of wellbeing in Brazil. To make this decision, the following components have been investigated/evaluated with high amounts of research:Â  gender equality and empowering women; eliminate extreme hunger & poverty; and universal primary education.

Don't use plagiarized sources. Get Your Custom Essay on
Inequality in Brazil: An Overview
Just from $13/Page
Order Essay

Brazil is the world’s 5th substantial nation and has an area of 3,287,613 which smaller than the US but 35 times larger than the UK. Brazil has a scope of landscapes which compromise from large forest areas, deserts, plains and grasslands to mountain ranges. Brazil is well-known for the Amazon River which goes on for 6,516km. Most coastal areas are humid and moist, in Amazonas areas it varies from tropical to temperate. The capital is known as Brasilia, there are other major urban areas known as Rio de Janeiro, Sao Paula and so on. The official language is Portuguese, Christianity is the most common or principle religion but there is freedom to worship any religion.

The expected life average is 69.9 years for males and 78.4 years for females. The nation consists of a population of 196.50 million. Brazil is given the status of federal republic; the elected constitution accommodates crucial rights and certifications of citizens. Brazilian constitution allows citizens the right to get free medical assistance provided by the government. Brazil surpassed the UK to become the 6th largest economy in the world 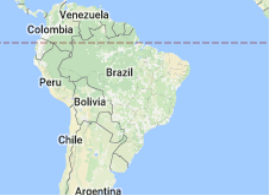 Compared with OECD nations and the Russian Federation, Brazil has some regions of relative strength and quality and some areas of relative weakness across the OECD well-being dimensions. Brazil has set a name for comprehensive development and poverty reduction. Brazil has a high rank above the average in subjective well-being, social connections. Unfortunately, Brazil is below average in income wage and wealth, occupations and profit, lodging, ecological quality, health status, and education and skills.

When considering jobs and education, 66.7% Brazilians were employed in 2013, more than in the OECD on average (65.9%). Furthermore, the share of Brazilian employees regularly working very long hours was 10.4% in 2012, below the OECD average of 12.5%. Only 46.4% of adults in Brazil have been privileged with the ability to achieve upper secondary education compared to an average of 77.2% in the OECD. The intellectual abilities of children in Brazil are below the average (measured by PISA study). 6.7% of people living in a household live without basic sanitation which is higher than the average. The calculated life expectancy at birth is 75 years which is 5 years lower than what the OECD have recorded from other nations. On the bright side, results tell us that air quality in Brazil is substantially better than most countries. The safety of individuals is still a factor which has still to be dealt with, death through assault is 6 times higher than the average. Concerning the public sphere, there is a strong sense of community and high levels of civic participation in Brazil, where 90% of people believe that they know someone they could rely on in time of need.

Gender inequality refers to unequal treatment or perceptions of individuals based on their gender. It arises from differences in socially constructed gender roles. Gender inequality primarily affects women: they experience poverty differently from men because they are denied equal rights and opportunities, lack access to resources and services and are excluded from important decisions that affect their lives and development. Gender equality measures of gender equality include access to basic education, health and life expectancy, equality of economic opportunity, and political empowerment.

Health and life expectancy have less than average results. Tiny air pollutant particles small enough to enter and cause damage to the lungs and respiratory system, this case has been recorded by individuals and families. Water quality is not as satisfying as the OECD average which is 81%. Life expectancy in Brazil is 75 years which is 5 years lower than the average collected by a series if countries. Brazil has been tackling problems with income equality between genders despite the high rates of growth, this is due to disadvantages in schooling.

Gender Inequality is very high in Brazil, some say that its it increasing. Recent presidents have stated to make gender equality a priority but limited efforts have been put in to quantify the impacts of gender-based policies. Participation of women in the society has increased in the past few years, this led to new policies mitigate gender discrimination. From statistics, women spend an average of 25.9 hours on chores, however men only spend an average of 15.5 hours. Brazil has one of the highest rates of violence against women, it remains high for two reasons. Firstly, the laws are not enforced properly and are not given enough effort to allow the law to be strict and permanent. Secondly, there is refusal to acknowledge the law and the reason behind it is inequality between men and women.

Impacts of Hunger and Poverty

Poverty is general scarcity or the state of one who lacks a certain amount of material possessions or money. It is a multifaceted concept, which includes social, economic, and political elements. Poverty is an economic and social issue. Factors that effect poverty are a culture discrimination, education and inequality.

The level of poverty in Brazil is well above the norm for a middle-income country. Within Brazil, there are wide disparities in the extent of poverty. More than half of all poor Brazilians live in the Northeast. Despite urbanization, rural and urban areas contribute equally to national poverty. Population below poverty line: 21.4% note: approximately 4% of the population are below the “extreme” poverty line. Brazil has only a few wealthy people but are very high on poor people, the gap between the highest and lowest social levels are very high. Stabilization of the economy has given more purchasing powers to the poor. Income inequality is one of the main factors effecting poverty in Brazil. The system distributes money from 90% of the poor to the top 10% of the richest.Â  The richest people in Brazil have access to over 40% of the country’s income while the poor only have access to 1%.

Because extreme poverty doesn’t always lend to widespread birth education, many poor women lack the resources necessary to engage in birth control. Therefore, it is common for poor women to continue having children well after they would have liked because of little to no access to resources and education. Air pollution is another way in which poverty contributes to environmental degradation. As mentioned above, poor communities lack the proper knowledge when it comes to production techniques. Thus, the ways in which they use resources to help them survive are harmful to the resources around them, and ultimately the world at large.

Impacts of No (Lack of) Education

Lack of education is the disadvantage of receiving very limited education, very basic and below average to read or write, not able to understand maths. Lack of education is a root cause of poverty, it is preventing millions of people from escaping the cycle of extreme poverty around the world.

Brazil children have access to free public education at all levels. Education at a Primary level is compulsory, and most of the Primary schools are maintained by the municipalities or the states that they occupy. This means that wealthier cities or states have better schools than their poorer counterparts, and the children suffer because of a lack of adequate amenities and resources. This, in turn, means that poorer children receive a lower level of education.

Many children do not attend school because of malnutrition, as this makes them unable to develop intellectually and to adjust to the social environment of a school. Child labour amongst poorer children is also an enormous problem, despite its being technically illegal to employ a child less than 16 years of age. Poor families generally prefer for their children to start working as soon as possible, so that they may bring in an income. This has resulted in labourers as young as 10 years old, missing school in a desperate attempt to earn money. The high examination failure rate is another factor that influences non-attendance at schools, despite there being free.

After comparing all three dominant factors, it is decided that lack of education is the main cause of inequality. It reduces chance of a good life, you can never get a job and this can lead to increase in poverty, this also gets rid of their opportunity of income. Knowledge can bring up new leaders and change the world. It can make most social, economic and environmental issues disappear. Education reduces poverty and inequality. Women leaders will gain respect and decrease gender inequality.

Continue to order Get a quote

Calculate the price of your order

The price is based on these factors:
Academic level
Number of pages
Urgency
Basic features
On-demand options
Paper format

Delivering a high-quality product at a reasonable price is not enough anymore.
That’s why we have developed 5 beneficial guarantees that will make your experience with our service enjoyable, easy, and safe.

You have to be 100% sure of the quality of your product to give a money-back guarantee. This describes us perfectly. Make sure that this guarantee is totally transparent.

Each paper is composed from scratch, according to your instructions. It is then checked by our plagiarism-detection software. There is no gap where plagiarism could squeeze in.

Thanks to our free revisions, there is no way for you to be unsatisfied. We will work on your paper until you are completely happy with the result.

Your email is safe, as we store it according to international data protection rules. Your bank details are secure, as we use only reliable payment systems.

By sending us your money, you buy the service we provide. Check out our terms and conditions if you prefer business talks to be laid out in official language.